Forget spending reforms or a much-needed revamp of how the U.S. government spends money under Democratic rule, as House Democrats voted along party lines this week to temporarily lift the debt ceiling.

According to Fox News, the House, in a party-line 219–206 vote, passed a $480 billion temporary debt ceiling hike this week, which will keep the U.S. government funded until December, setting up another nightmare for the American public as Republicans are now vowing not to lend any assistance to Democrats to raise the ceiling any higher.

The same debt ceiling raise was passed in the U.S. Senate last week after Senate Minority Leader Mitch McConnell (R-KY), and several other Republican senators, caved and decided to give Democrats the ability to make the move.

Shortly after the Senate passed the bill last week, Senate Majority Leader Chuck Schumer (D-NY) did what many believed to be a congressional end zone dance in which he slammed Republicans — even after they had just helped him — which drew intense, bipartisan criticism.

Even Sen. Joe Manchin (D-WV), reportedly approached Schumer after the speech and called it “f***ing stupid,” as Breitbart noted.

Schumer’s anti-Republican rant following the successful vote was apparently so bad that it prompted McConnell to fire off a letter to President Joe Biden himself, in which he asserted that Republicans will no longer be of assistance of any kind on future debt ceiling bills.

“I am writing to make it clear that in light of Senator Schumer’s hysterics and my grave concerns about the ways that another vast, reckless, partisan spending bill would hurt Americans and help China, I will not be a party to any future effort to mitigate the consequences of Democratic mismanagement,” McConnell wrote.

Assuming McConnell holds true to that threat, the Dec. 3 deadline when the government will once again run out of money will be one to watch, as Democrats will desperately need McConnell and a handful of establishment Republicans to once again pass a similar bill.

McConnell suggested that Democrats will need to use budget reconciliation to pass the next debt hike, but as Fox News noted, Democrats believe using such a method would be too risky.

Because of that potential situation, it’s currently unclear how Democrats will be able to pass such a hike during their efforts to pass a $3.5 trillion social spending package.

Once again, Sens. Joe Manchin (D-WV), and Kyrsten Sinema (D-AZ), are taking a moderate stand against the idea of Democrats busting up the Senate filibuster rule to pass a new debt ceiling hike on their own, leaving Dems with little to no options, other than begging McConnell and his caucus for help.

Only time will tell how this plays out on Capitol Hill, but needless to say, December could prove to be a history-altering month for the United States of America. 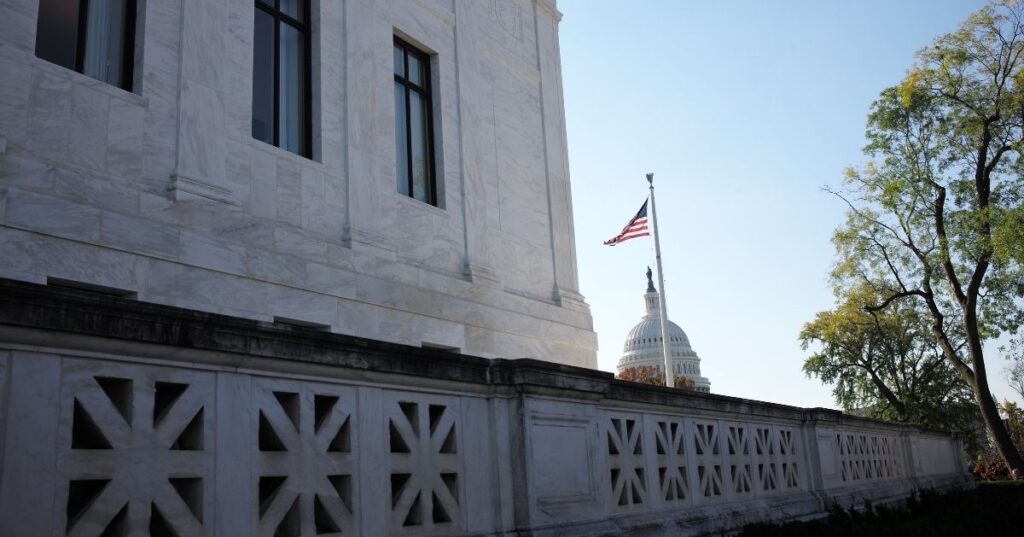