Even in the final days of a contentious presidential election cycle, rumors and speculation continue to swirl around Democratic nominee Joe Biden and his son’s dubious international business ties.

In the latest development, one Sinclair Broadcast Group reporter is citing sources that indicate the FBI has launched a criminal probe into Hunter Biden’s associates and financial dealings overseas.

“It remains open and active today”

James Rosen made the bombshell allegation in a tweet on Thursday, as reported by the Washington Examiner.

He claimed the federal investigation stemmed from accusations of money laundering that surfaced last year.

In his tweet, Rosen referenced his exclusive source within the U.S. Department of Justice, who “confirms that in 2019, the [FBI] opened up a criminal investigation into ‘Hunter Biden and his associates,’ focused on allegations of money-laundering, and that it remains open and active today.”

“Neither confirming nor denying the existence”

The Examiner asked a bureau spokesperson for a comment, but the source declined.

“We have no comment, in keeping with our standard practice of neither confirming nor denying the existence of an investigation,” the spokesperson said.

He asserted that he is “aware of some activity of the FBI contacting witnesses, talking to people” in connection with the younger Biden’s foreign dealings.

Despite recent reports that appeared to tie Joe Biden to his son’s business entanglements, the nominee has been dismissive of the brewing controversy when confronted with questions from reporters.

The closest voters have gotten to a direct answer came during the final presidential debate last week in response to claims that the former vice president’s role as an Obama administration adviser on Ukraine policy constituted a conflict of interest, given his son’s financial ties in that nation.

“Nothing was unethical,” Biden asserted. “Every single solitary person when [Trump] was going through his impeachment testifying under oath who worked for him said I did my job impeccably. I carried out U.S. policy. Not one single solitary thing was out of line.” 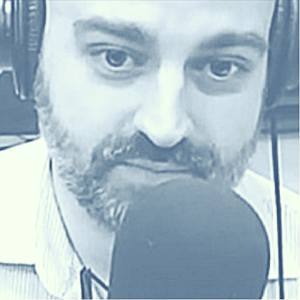 ‘Absolutely’: McConnell pledges to support Trump if he earns GOP nod for president in 2024